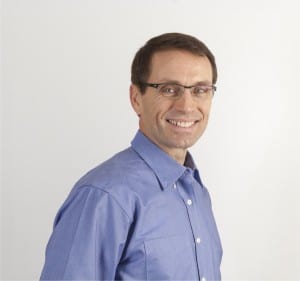 “Dr. Sammy,” as he is fondly called by so many, is a licensed primary eyecare physician who has been in private practice for 28 years after four years in military practice. He has been the proud owner and sole practitioner at York Family Eyecare for 19 years.

Thousands of discriminating Seacoast patients entrust Dr. Pelletier with their vision. That’s because he loves helping people of all ages, and making a difference in their lives, and it shows.

The “family” in his practice

Family is a top priority for Dr. Pelletier, so it’s no surprise that his is a family practice. Growing up in Fort Kent, he was the eighth of ten children. He and his wife Sue now have four grown children, who all enjoyed being “weekend interns” at the office as youngsters. The Pelletiers relish having a growing posse of grandchildren living nearby.

Dr. Pelletier is driven for excellence. He is a competitive and accomplished athlete, having won the Philadelphia Marathon in 1983. To this day, he holds the record for the fastest marathon ever run by a native Mainer. He has proudly served our country as an Army Captain at West Point, where he was an optometrist and an Army distance runner. He also competed in the Olympic Marathon Trials. These days, he is an avid cyclist. This drive for excellence keeps Dr. Pelletier fully committed to his medical practice—he is always learning and finding ways to improve the quality of care for his patients.

Returning to roots in Maine

After receiving his doctorate in optometry and working as an Army optometrist, Dr. Pelletier and Sue were happy to return to their home state of Maine. Here he practiced in Biddeford and Portland before purchasing York Family Eyecare, which is affiliated with York Hospital. While opening his doors as York’s only optometrist, Dr. P. also “went the extra mile” to master the optical side of the practice. This has given him a deep understanding of how to achieve excellence in eyewear fabrication, a distinguishing skill that makes this eye doctor’s optical boutique truly stand out.

Primary eyecare on the Seacoast

Dr. Pelletier has been providing personalized eyecare in York and the Seacoast community for nearly two decades. He is a primary-care eye doctor who embraces a wellness model, stresses the quality of doctor-patient interactions, and continually seeks to optimize the patient experience.

As an on-staff doctor at York Hospital, Dr. Pelletier works closely in a team approach with area ophthalmologists to provide the most appropriate, best-in-class eyecare for every Seacoast patient.

As an active member of the Maine and American Optometric Associations, our talented doctor stays on the cutting edge by always bringing the latest expertise and technology to his office.

Ask anyone who knows “Dr. Sammy”…once you meet him, you’ll feel like you’ve been friends for a long time.